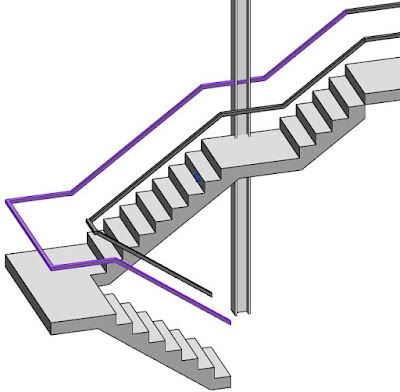 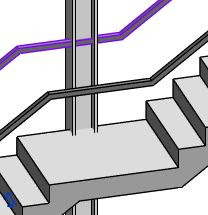 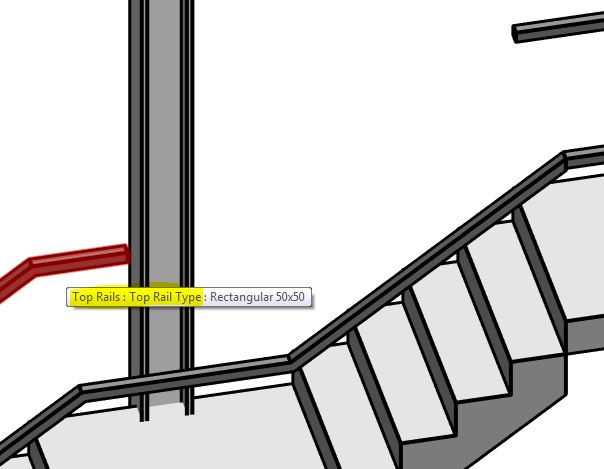 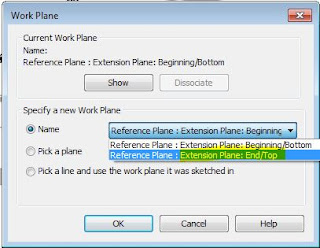 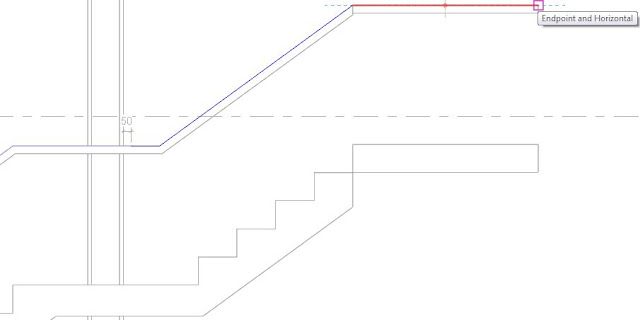 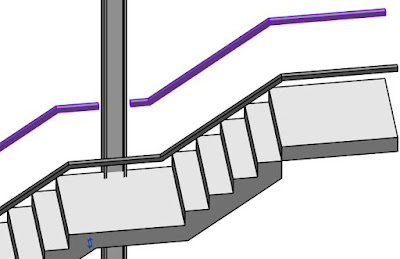 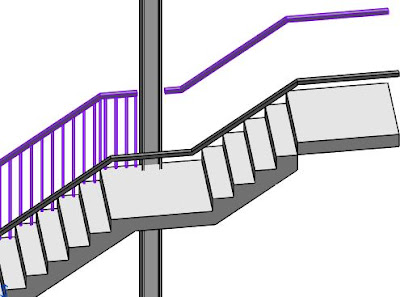 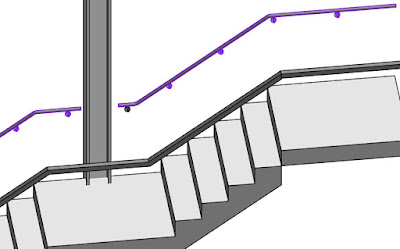 At first sight it seems that the new Multistorey tools in Revit look like a significant improvement over the old method.  However, as you delve deeper, there are some new problems that have been introduced with the new feature.

Once a regular component stair has been converted to multistorey that process cannot be reversed.  There is no command to 'Reset Stair' or 'Convert back to single storey'.  You can go to the 'Disconnect Levels' command, and select the other levels - this reverts it to a 'Single Storey Multistorey stair' - but it still identifies as a multistorey stair in the properties 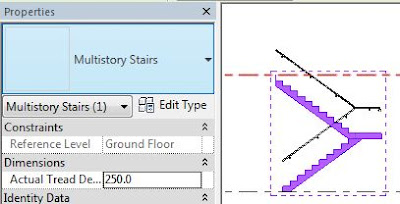 So what, you might think?  Well, you can manipulate a multistorey stair by tab-selecting the stair inside the 'multistorey group', but that could be very confusing.  The more significant issue is what it does to railing supports:

If you have a stair that has railing supports, and then you convert the stair to Multistorey it does something strange to the supports.  The original level stair railings behave normally - you can select a railing support and it will be pinned.

You can unpin individual supports then move them, swap to a different type or delete them

On the other levels, you can select the supports but they do not have a pin icon.  However, you can actually move, copy or delete them;  what you cannot do is swap their type (it is greyed out); nor can you change the hand clearance property.  They are in effect in some middling state between pinned and unpinned.

If you modify any of the railing supports, you can 'Reset' the railing so that all moved or deleted supports are reinstated to their original position.  Copied supports vanish.

You might expect that supports on the original stair railing would become pinned again.  Well, not exactly:

If you 'Reset' the railing on the original stair level, it actually converts it to the strange middling state where none of the supports are pinned any more but there are reinstated to the original locations. 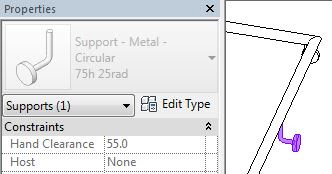 The moral of this tale is that you should probably try to adjust all the supports before you convert a stair to multistorey, especially if you want to swap any support types.  If that is not possible, you may still be able to do what you need to the supports after making the stair multistorey - notwithstanding all the other painful issues with railing supports.  One thing is sure - you will be confused.