It has concerned me for some time now that "RevitSpeak" is slowly but surely entering into common usage in the building industry around the world. 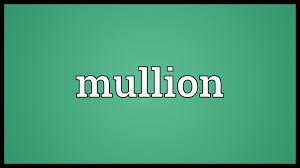 What do I mean by "RevitSpeak"?  Well, I mean the usage of words in the Revit User Interface that are not technically correct, or they are specifically American words that were not previously in common usage in other English speaking countries - some of these are now very commonly (mis)used in architects offices around the world.  One of the confusing things for me is that I no longer know if these words are 'incorrect', 'specific to Revit' or just common American words that are different to British, Australian, New Zealand etc construction terminology.

These days it is no good doing a search on the Internet because many of the results come up with examples from Revit models or drawings - so it does not clarify which are incorrect or just different.

Here are some examples:

1.   "Mullion" is defined as:
A random selection of images from the internet shows various conflicting results:


2.  Casework:
This may mean kitchen cabinetry in the USA, but to me it could mean, maybe working on a legal case?  The correct word is/was "Joinery" - I resolutely have all my libraries organised with a folder for Joinery families (with a 'Join' or 'JN' prefix/abbreviation).  However, more and more non-American Revit using people talk about Casework.


3.  Mark:
As far as I'm concerned Mark is a man's name; or maybe a spot or line (in the sand).  Somehow in Revit it refers to a Number (or #?) - I guess that is another Americanism?
Luckily its very easy to create a Shared Parameter called "Lot Number" or whatever you need - and that also avoids all those pesky "Duplicate Marks" (some kind of Revit twins?)

Or maybe it is a clever literary reference to the author of Huckleberry Finn?


4.  Family:
Talking of Twins, does anyone know what Family Planning in Revit is all about?   How many families have you created recently?  No one in a Revit using architect's office seems to think that is amusing any more.