Do you think that the Revit Stair and Railing tools are good enough for typical Revit modelling?
No?  I thought so.

Well, Autodesk seem to think that they have fixed stairs and railings in v2018.  Well, yes, the new multistorey stair tool is a great improvement on the old system, and it has certainly improved how it handles railings.  But there is an awful long way still to go, particularly with railings.

Autodesk are now taking user input to the Revit Ideas website very seriously - yes they are listening to our requests on that site, and the number of votes really makes a difference.

Here is what we need to do:   vote for all those stair and railing issues that urgently need attention.

I have looked through the list of ideas on the website.  Since it is quite hard to navigate through all those duplicate ideas and requests for things that already exist (where people just need a bit more training), I will try to make it easier for you by creating a few links to ideas that I think need to be voted up.  I was going to wait until I had comprehensively reviewed all the wishlist items, and gone through all my own requests and comments on this blog in the past, then added some more wishlist items - but I think it is too important to wait.  I will add to this list in due course.

Please add your votes to any ideas that you support:

Railing view properties
Railing Modelling
If there is something that you want to see added, please create your own stair or railing 'Revit Idea' on the Autodesk site - specific detailed requests, please (one item per request).   If I can understand them clearly, and they have not already been implemented in v2018, I'll add them to this list.  Please do not create any more general requests to improve railings - just vote for the 'Railing Overhaul' one from Chris Price, listed above.
More to be added soon . . . .

I don't recall seeing any documentation about this but it seems that Autodesk have incorporated some of their Add-ins into the Revit 2018 install:

Well, not quite true - they did tell us about the Formit Converter add-in.  There was a checkbox for it during the install process, and if I remember correctly the default setting was ticked so that it would install automatically.

But I am delighted to see that the following add-ins have also been automatically installed in Revit 2018:
This is great news as it means that you don't need to search for those and download, then organise to get them installed as part of a deployment, or install them later (possibly involving much pleading with your IT department).

In addition to this, we obviously have Dynamo & Dynamo Player, which are now properly incorporated into the Revit install, and can be found on the Manage tab, alongside Macros (logically), instead of being stuck on the add-ins tab.

I have recently installed Revit 2018, and to my great pleasure, the install process was a whole lot better than 2017, which I found quite painful last year (or maybe I have just learnt what to look out for this time around?).

I am not going to list all the new features - not because it would take too long, but because it has been done elsewhere.  On the contrary, compared with the list of enhancements we used to get 4 or 5 years ago, it is embarrassingly quick to list the new features in 2018, even if you throw in the enhancements from 2017.1.   So, I will just comment on a few things, particularly those undocumented.  Having said that, I really appreciate the work being done by the development team - I just wish that Autodesk would assign more resources to core Revit instead of going off on a hundred other tangents - after all, Revit is the tool that many of us use most of the time to create BIM content.

After the pain of downloading last year, I tried to order physical media.  It only listed v2017, despite saying that it would only allow the latest version.  On contacting Autodesk I was told that the website was under maintenance and I would not be able to order physical media until further notice!  What a time to do that, within a week or two of release of the new version.  At least I won't have to pay again for the software that I have already paid for once.   Back to Download  . . .

Providing you choose the right download method, you can actually get a proper download of the install software - but the default setting is to install straight from the Autodesk website.  Install Now is what I did with v2017 and it was excruciatingly painful last year.

Make sure you click on 'View All' and choose one of the two Download options - whatever you do, don't leave the setting on 'Install Now' .  It is categorically not the fastest way to install on a single computer (at least it was not on v2017), despite what it says. 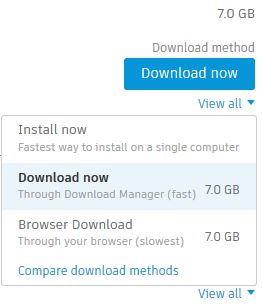 Once you have downloaded, and you start the install, it will ask you to choose a discipline.  I chose Architecture, as I did not want all the MEP clutter that I got last time.  Luckily I looked at ALL of the options and settings before going ahead with the install because those two pesky MEP Fabrication options were both selected to install by default.  But I already told the installer that I didn't want any MEP stuff (and it is a lot of stuff, I can assure you).  How dare the MEP Fabrication software be a big upfront default install setting!  Why can't it be respectful of my choices like all the other discipline specific stuff.  Anyway, I narrowly avoided it.

One other thing I changed during the install was to choose British English - this often causes a problem during beta testing but it should be quite safe for a proper release, shouldn't it?  I am very particular about my spelling, and Australian is much closer to British (in spelling even if not spoken form!). 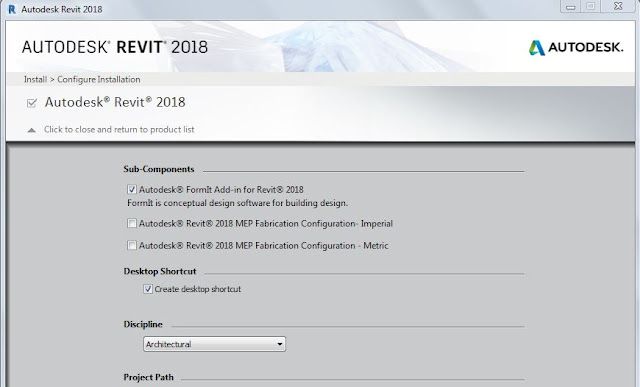 The best thing about this install are the pretty pictures that pop up during the process.  You can be absolutely certain that none of them was modelled in Revit - I couldn't see a single one that Revit would be capable of creating even if you knew the conceptual modelling tools well enough 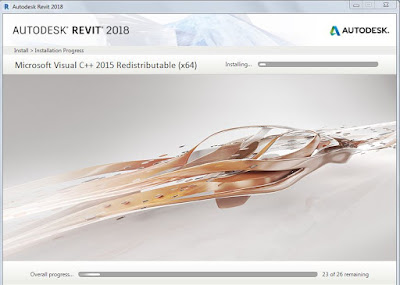 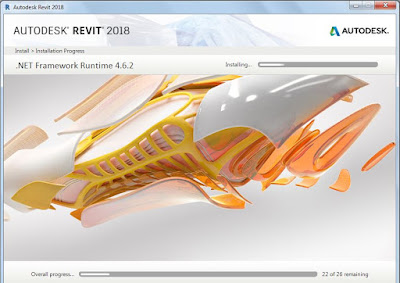 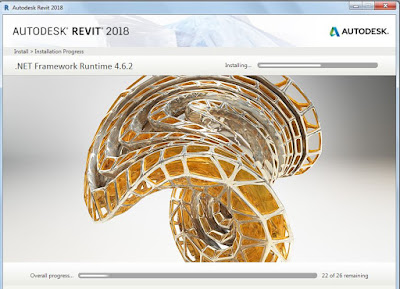 [Edit:  I am delighted to discover that Autodesk have incorporated some of their add-ins to the install process (click here for more info):

The in-built help web address seems to be wrong on my install.  When I clicked on the HELP icon (or pressed F1), all I got was a 404 Not Found  error message in the browser

There appears to be a typo in the code - just changing the last ENG to ENU (in the web address) seemed to fix it.  I am guessing this may have something to do with British English vs US English?  If so, it is probably something Autodesk can fix on the help website rather than requiring a patch? 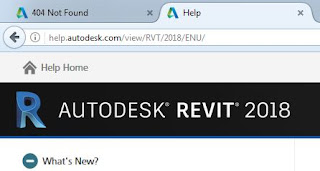 Oops!    How did that one slip through ?  Oh, I forgot to mention that I am running just plain Revit, not one of the industry collections.  I'm also on maintenance - perhaps with the 'enhanced help' you get on monthly subscription it actually works?  The Autodesk support team can't seem to replicate this, so I'd be interested to hear if anyone else is affected?

One of the 'enhancements' is a change to the look of the UI to make it look less cluttered.  In fact what Autodesk are doing is following the Microsoft UI changes.  Microsoft are not renowned for their good design - so we are inheriting some examples of questionable design from them.

The ribbon has been stripped of all dividing lines and several blocks of colour so we now have a very flat looking UI, which you may prefer.  Yes it does look cleaner and less cluttered, but some of that stuff was there for a good reason - to delineate different things.  There are some unfortunate side effects that I don't like:

We now have a proper multi-storey stair tool - it looks very promising and seems to be relatively easy and logical to use.  More on that later when I get a chance to really test it.

The old stair sketch tool has finally been removed from the UI - hurray!  So many people kept using it because it was right there all the time - meaning a mish-mash of old and new stairs.  You'll still be able to edit the old style stairs (I assume).  For those people who want to dive straight in to sketching a stair rather than creating stair components, it can still be done using the new stair component sketch tool - refer to my blog post on that

An unfortunate side-effect of one of the changes is that I could not create a new stair in a 3D view in my test project - it prompted me to choose a plan or RCP view in order to create the stair.  It works fine in a new project from the 2018 template.   It seems to be a problem only after you edit a top rail on a railing in the project.  I have reported this as a bug, and we'll see how it goes.

I have yet to test exactly how the new multi-storey stair tool handles railings, but it is supposed to let you edit railings per individual stair within the multi-storey group of stairs/railings.  This sounds like a good thing, but you can be sure that it won't seamlessly join different railings on each level where they vary.  Perhaps I'll be proved wrong?

Control of start and end points of railings sounds good, particularly with closed loop railing sketches - more on that when I've tested it.

Parameters for Groups and Links

The ability to schedule links & groups and to add user defined parameters to both groups and links sounds wonderful - it should open up all sorts of new workflows.  It will be really useful when you have the same element nested inside multiple instances of the same group or link, but you want to be able to identify it uniquely (like doors for example).  I have tested this and it seems to work really well in schedules.  I can't wait to use this on a real project.


Not withstanding my earlier comments about the list not being extensive, there are a few new features in Revit 2018 that promise to improve our workflows, so I am keen to upgrade soon.  For the full list, refer to the Autodesk help pages or Autodesk knowledge site.
Refer also to what was new in the enhancements from 2017.1
Posted by RevitCat at 12:00 1 comment: