Following on from an earlier post about joining stairs and floors, I just wanted to clarify what happens when you try to join Stairs and Walls in section . . . .

We saw previously that Revit does have some limited capability to join stairs and floors at the base of a stair - but it has many limitations.

Joining a Wall and a Floor

All good Revit users would know that if a floor and a wall are of the same material, and they have coincident or overlapping edges, they can be "joined" in the model.  This is not just a graphic tool that is done per view - it affects the model in potentially all views, including material quantity schedules.  If an overlapping wall and floor are joined, the volume of material that was previously counted twice is corrected after the join so it is counted once.

Providing that the elements are of the same material, the line between the floor and wall disappears.  In this example, the 'Level' line is revealed, as it happens to align with the top of the floor.

Joining a Wall and a Stair Landing

Try the same thing with a wall and a stair landing . . .

What happens?  Absolutely nothing.  After selecting the wall, Revit will not even highlight the stair landing (or vice versa if you select the landing first).

Well, that is just plain ridiculous!  You might argue that the wall and landing would be cast separately on site, so there should always be a joint line between them - but the graphic convention is to not show a line, or at least show a thinner line between them in section.

There is no good workaround to this problem - each method is clunky and not robust.

If you try the linework took, you immediately discover that it will not do the job for you, as it affects the whole wall. 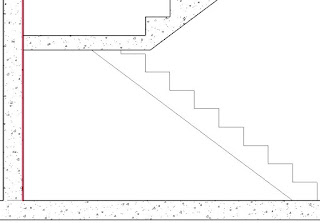 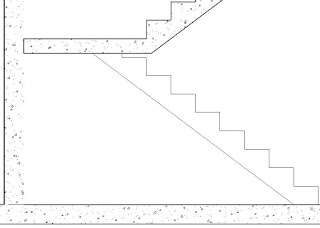 That isn't very helpful, as you only want a small segment of the wall edge line to be invisible (or thin line).

Another strange Revit quirk with the linework tool is that when you select a line in elevation (or projection in plan) it gives you blue dots at each end , which can be dragged so that only part of the line has its style overridden.  That is a very useful capability - but infuriatingly, it does not work on cut lines. 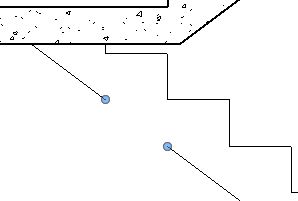 Yet another quirk is that the underside of a run is treated as one line when cut (section), but in elevation, each step is a separate line segment.  Why, or why?

A common method of hiding a multitude-of-sins in Revit is to use Filled Regions.  These have pros and cons: 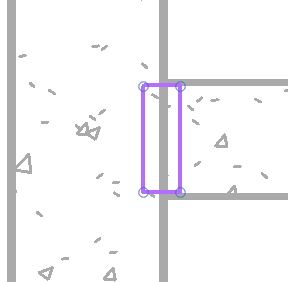 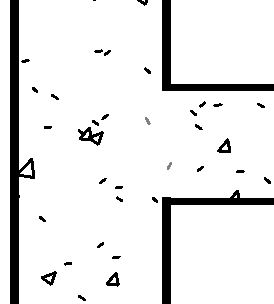 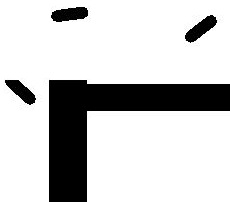 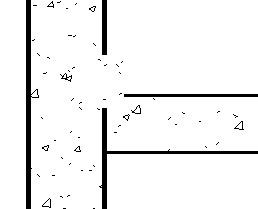 You could try the 'Cut Profile' command - this allows you to modify how an element looks in a particular view.  Once initiated, it takes you into sketch mode - so you can draw a shape to add to an element (or cut from it). 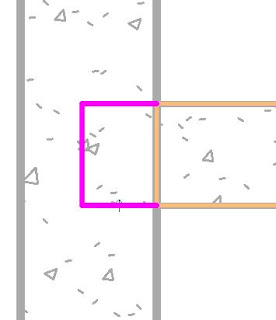 The end result is not very promising in this situation 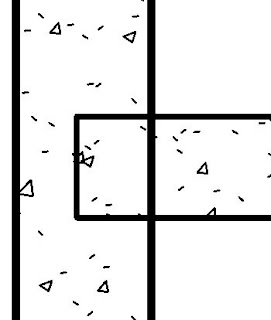 The worst thing about this idea is that the Linework tool does not work at all on cut-profile shapes - thus making this tool almost useless!

Sadly there is no clever workaround.  The conclusion is that it is not worth fighting Revit on this one - just accept the joint line between wall and landing.  In many cases it is not an issue, but when the stair and wall are both cast in place concrete, it is very annoying.