Way back in 2016 I posted about my dislike of Windows 10 (not to mention 8 and 8.1 which I thought were diabolical).  I resisted upgrading from Windows 7 for several more years - even after Microsoft ceased support for that version.  Many IT Managers around the world followed the same strategy until official support stopped - whereupon they were forced to move to Windows 10.

My reasons for disliking Windows 10 were nothing to do with "resisting change" - after all I have been an avid beta tester of Revit for many years, and usually installed new versions within hours of release (well, maybe not for use on live projects . . . , as that might be considered foolhardy).  I had genuine reasons for criticising Windows 10 - which I won't describe here, as it is now past history.

This year, Autodesk forced the issue: 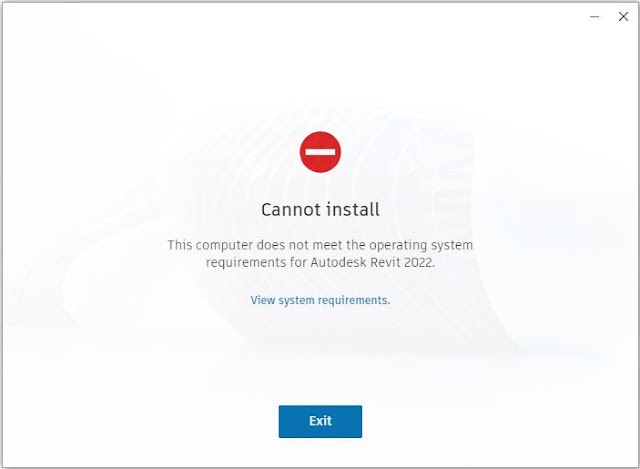 Not only did Autodesk cease to support Windows 7 but they actively prevented me from installing Revit 2022.

Well, I knew it was going to happen some day - in fact I was surprised to be able to keep Windows 7 running for so many years.

Time to bite the bullet and upgrade.  In the end, I decided that it was also time for a new laptop - and it would be simpler to buy a new Windows 10 computer to install and run Revit 2022 and later versions.

For the record, I still don't like Windows 10 even after becoming quite accustomed to it over the months.   Perhaps I should skip it and upgrade to Windows 11, now that Autodesk support running Revit on 11 . . . . . . ?

Surely Windows 11 has to be better than 10?  Hmmm, Microsoft do not have a good record on consistently improving their software over the years - although they have made a number of improvements , with occasional good milestone versions:

Oh well, I lost the battle - but it was fun while it lasted.