For many years Autodesk University has been running in Las Vegas - meaning long overseas trips for those non-US residents lucky enough to get there.  In 2014, AU finally went on the road, in the form of "AUx"  (AU extension) - there were events all around the world, even one in my home-town of Nairobi.
Last week AUx came to Sydney - it gave us an opportunity to meet some of the Autodesk folks and hear about some of their new developments and plans for the future.  We also got to hear about their plans for software licensing . . . .

It seems like Autodesk are heading towards a license rental system rather than software purchase.  We heard from Autodesk that in the not too distant future, the new license rental scheme will become the only way to accquire Revit or Building Design Suite (BDS) licenses.  Of course anyone who already owns (purchased) licenses will have those in perpetuity - and providing they pay subscription they will get upgrades.  What this means is that most companies will end up with a mixture of rented and owned licenses.  This sounds well and good because it allows flexibility to expand/contract the number of licenses.  The reality may not be quite so good - the method of managing the two different systems is quite different and will have to run in parallel:
What really concerns me is how these two licensing systems will coexist and how easy it will be to manage change:

Currently the floating license server for Revit and BDS has some extremely frustrating limitations on use:
Because of all these restrictions I know of many large companies who are still not using v2015 of Revit because they are held back by active projects in v2011, or have not had time to update Autocad v2011 customisation.

At AUx Sydney we were told by Autodesk executives that once we own any version of an Autodesk product, we are legally entitled to licensing to allow the use of it at any time.  This means that if we want to run more than 4 concurrent versions on our network, or even to activate older versions to retrieve archived projects, we can get license files from Autodesk to do this at any time.  Although I have once or twice asked a reseller to make a special dispensation (they organised an extended 5 year concurrent license file from Autodesk) - I did not realise that this was considered to be standard practise by Autodesk.

Yippee - this means that all we need to do is ask Autodesk for extended floating license files to cover all the years of software that we owned, and hey presto:  problems 1 & 2 (above) are solved.  Given the time it takes and forms to be filled out, it may be wise to do this in advance of any requirements; another benefit would be to avoid replacing license files and rebooting license servers, which are notoriously fickle.

Wouldn't it be wonderful if Autodesk took away all these restrictions?  Here is what they could do to make our lives easier:

No matter how much stuff I post on this blog about stairs and railings in Revit, I keep finding new weird things to report.  The latest one is to do with groups that contain the (not so) new component based stairs, and the element selection process.

If you select a group (by single click) that contains a stair, the stair does not highlight while the rest of the group does (including the railings hosted on the stairs). 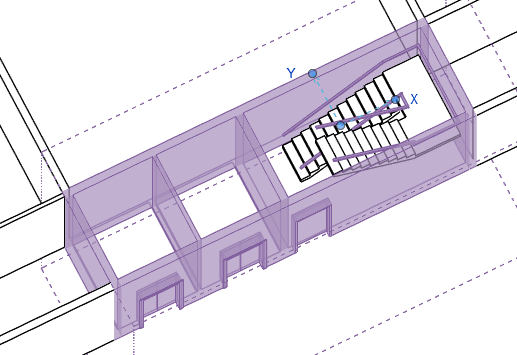 If you then use the "Temporary Isolate Element" command, Revit will hide everything except what you have selected - in this case the stair is not displayed.  This could be confusing at the very least, but extremely annoying if you need to edit the group and work on the stair. 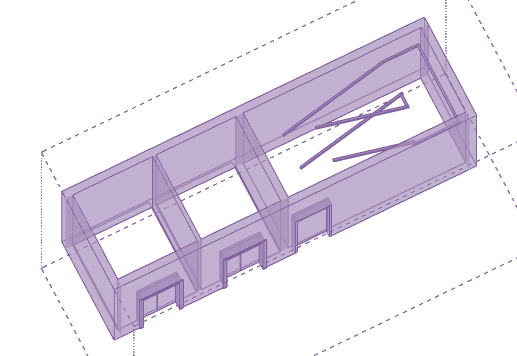 If you reset the temporary hide/isolate, then select the group (by single click) and the stair (tab/ctrl click), the stair does highlight with the rest of the group;  it also displays an icon to allow you to exclude the stair from the group 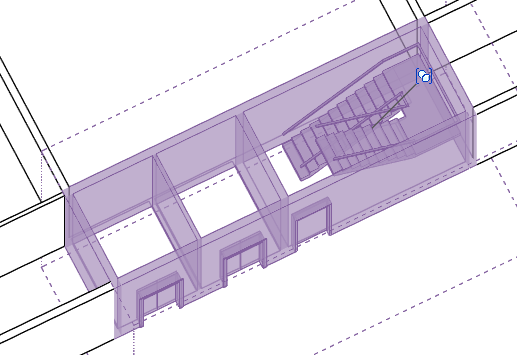 Then use the "Isolate Element" command again, this time Revit displays the group including the stair - which it should have done in the first place.  You can now proceed with editing the group (or whatever you needed to do). 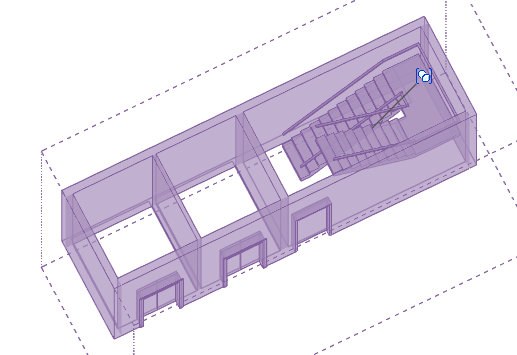 Just as an experiment, reset the temporary isolate;  try selecting the group and then just one run in the stair.  This time the run does not highlight - another inconsistency.  You can check that it is selected because the "exclude group member" icon is displayed, and Stairs:Run is listed in the selection filter. 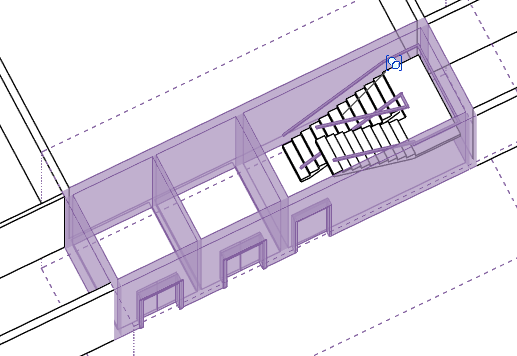 When you use the Temporary Isolate Element command again, the stair run is not displayed - yet another inconsistency.

This may seem trivial, and it is possible to work around it - but I wasted a lot of time trying to figure out if a stair was or was not part of a group.  It was made more complicated because the group was part of a multistorey core, and the stairs from the floors above and below were easily selectable so I had to be careful that I selected the correct instance of the stair to match the selected instance of the group.
All this weird, inconsistent behaviour does not make it easy to learn or use Revit.

When I first heard about Revit LT, I thought it would be an exciting opportunity for many people to start using Revit at an affordable price - an effective way for Autodesk to quickly increase their user base.  Then I looked at the list of features available in LT - or rather the list of full Revit features not available in LT.  When I got to "Worksharing" not being available in LT I stopped reading.  What possible use could Revit LT be if it could not operate in an office environment of more than one person?  I rapidly formed an opinion that the only conceivable use for Revit LT might be for content creation.  From that point on I have ignored LT as being a waste of time.

Recently, I had an opportunity to test Revit 2015 LT for a couple of hours - so curiosity got the better of me, as I wanted to see what happened if you tried to open a workshared file in LT.  Here are some of the things that I found - information that it is not easy to find on Autodesk websites.  This might help you to make up your own minds about whether Revit LT has a place in your organisation.

3D Architectural Modelling - what is missing in LT:
Links and Views
Collaboration
There is more:  no API, analysis, rendering/ray-trace in project etc.  But these woud not be expected in LT anyway.

I chose to investigate 4 features in details - the ones I thought might affect working on a project.  they are highlighted in red above.

Although Revit LT does not support worksharing, the Factory have put a lot of thought into how LT will handle worksets.  From some quick testing, here is what I found to happen when you open workshared Revit models in LT:
Opening an LT file in full Revit:

The "Revit Links" tab is available in LT, but it has limited capability - no Display Settings, so it is not possible to override display in linked models.  However, if linked model overrides have already been set up in full Revit, those overrides are respected when the Revit project is opened in LT - so they will print/display correctly, but cannot be changed. 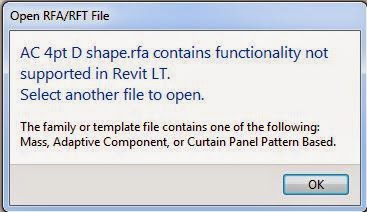 You can make up your own mind about whether it is any good.
However, from my testing it looks like LT might be useful for more than just creating content in isolation.  It could also be useful as a lower cost licence for non-Revit team members to use for opening workshared files effectively in "detached mode" for checking and printing.

It would make more sense to me if Autodesk were to enable a core Revit function like View Filters in LT and maybe take out non-core functions like Design Options. If Autodesk were able to address the worksharing issues so that you could actually open and create a local workshared file (albeit without access to worksets), then I think it would sell like hotcakes.
Posted by RevitCat at 20:06 5 comments: