Cut with Voids when Loaded in Revit

When this new feature appeared in Revit about 10 years ago (v2012?), it was always a bit mysterious - it had many confusing restrictions about how and when you could use it

So, what is this family property that shows up in the Family Editor in Revit?

"Cut with Voids When Loaded: When selected, voids created in the family will cut through solids. The following categories can be cut by voids: ceilings, floors, generic models, roofs, structural columns, structural foundations, structural framing, and walls."

That's it - all the help you will get from Autodesk on this one!  It hardly explains much about how to use it.  If you dig deep you might find more information - but there is no link to it.

In Revit the tool-tip is pretty much the same, although it does at least have a diagram that shows why you might want to use it: 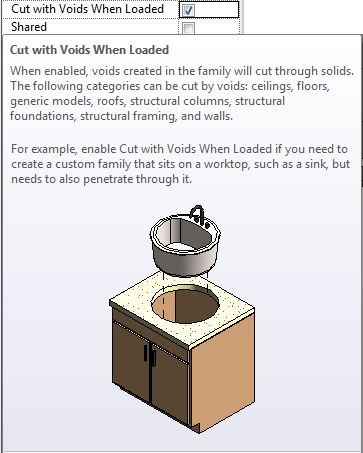 This is a classic example of inconsistency in help and tooltips.  I remember during beta testing that we asked for the ability to cut holes in worktops using this new feature - worktops are usually in the "Casework" category, which was not included in the list of cuttable categories.  Luckily it was added as a further enhancement a year or two later - but Casework does not appear in any lists from Autodesk, even though it was used in this illustration.

[Edit] If you dig deeper in the Autodesk Help files under 'Cut Geometry' , it does have an updated list of categories that can be cut by this method:

"You can cut objects in a project when a family with unattached voids is loaded.

I recently had a requirement to use this "new" feature in a Revit family - but I could not get it to work.  So I decided to revisit exactly how to make it work:

How does it work? 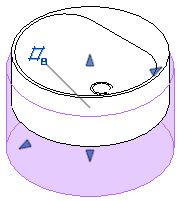 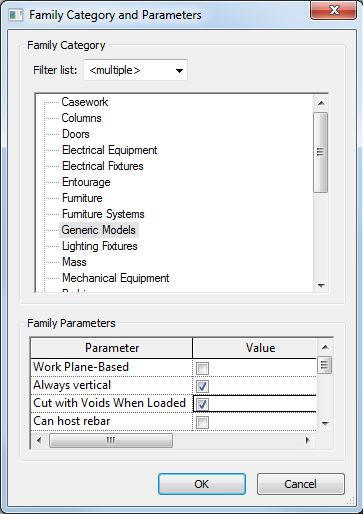 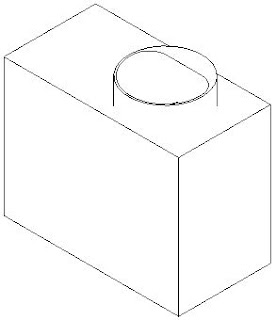 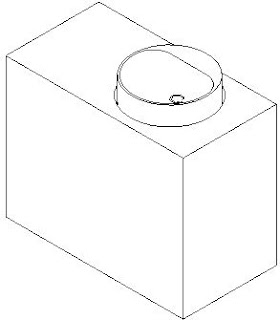 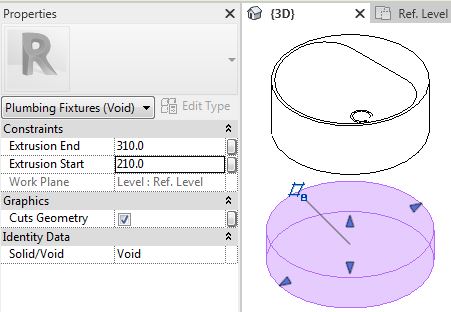 Once you understand those rules and limitations, you can use this capability to get families to selectively cut elements in a project.  It does have some advantages over 'Face-Based' families that also allow you to cut into a host element:

I hope this saves time for anyone who cannot get this feature to work properly.

In this example I have carefully made the void slightly bigger than the basin for clarity in the illustrations - and to make sure that water runs down the side of the basin into the casework and rots the timber.  I suggest that you make it a closer fit or use lots of silicon to seal it. 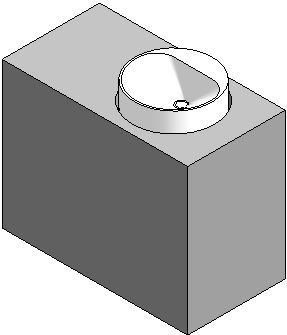