Here is another image that was part of my drawing competition entry at RTC 2013 in Vancouver.  This is the outdoor view of the Revit Museum of Innovation - to go with the indoor image shown in this earlier blog post.  The image was created using 100% Revit - that means no Photoshop, no API, no Dynamo, no background jpegs.  The purpose of the image was to show what can be done using Repeaters in Revit - most of the techniques were described previously, with the exception of the conical sculpture and the background sky:

There is a (hidden) half conical mass that has its surface divided. 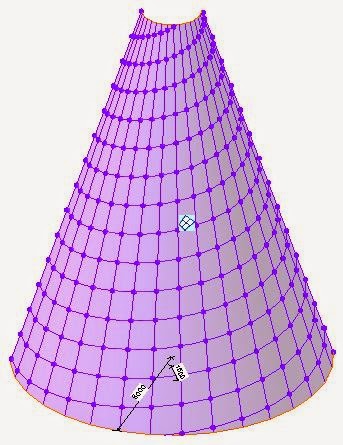 The U grid is rotated by 30 degrees, which gives a spiral effect 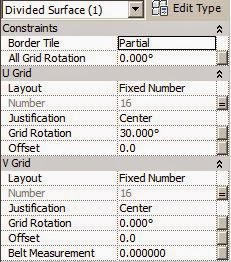 When the adaptive star component is repeated, it replicates itself along the spiral path;  as it goes up the cone, the nodes become closer together and the star gradually changes shape until it becomes a hexagon, and then almost a circle.  This technique of using two circles with variable diameters to drive hosted geometry was described a couple of years ago - Revit Repeaters and Flexing Star Adaptive Components 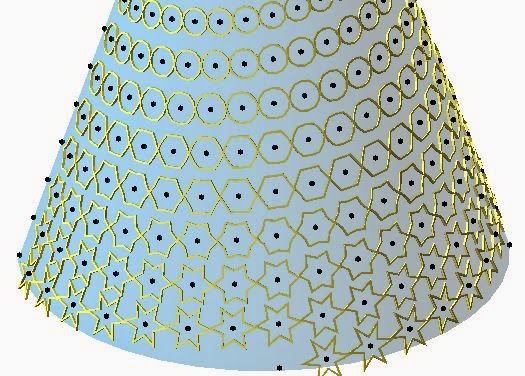 Of course the cone itself had parameters to control its height and proportions, which in turn changed the patterns applied to its surface.

Notice the colour/lighting gradient in the background - it changes horizontally.
Originally I was trying to use the View Background settings to create a gradient between sky and horizon

The sky effect looked ok on screen, and when I did a screen capture: The screen resolution and captured image were not good enough to project on a screen at RTC or to print out at A3.
But as soon as I tried to print it or export a jpeg image, it created a banded effect - this was in Revit 2013 at the time.   This bug was subsequently fixed in v2014. 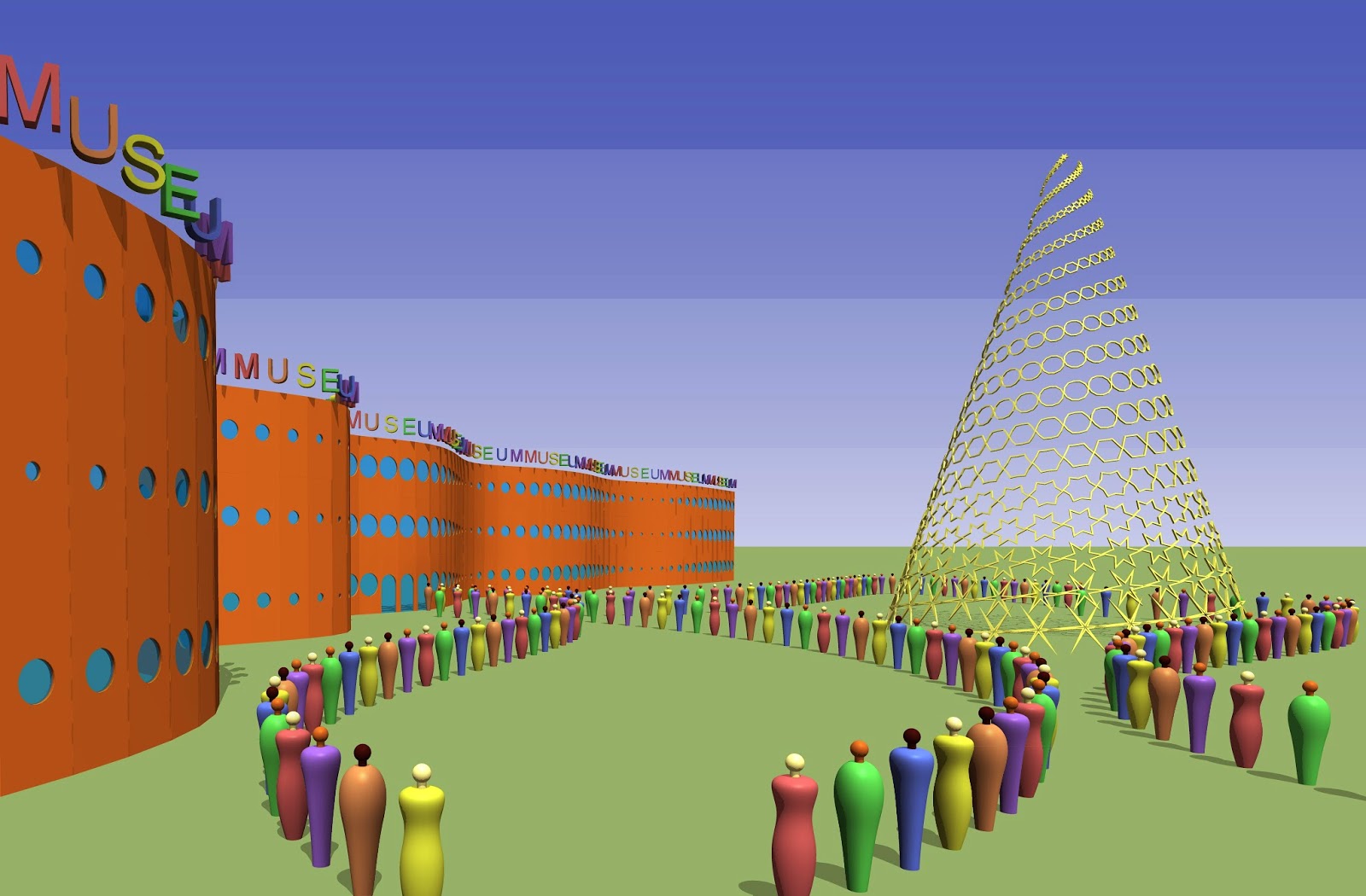 At the time I had to make do with the buggy version 2013, so I resorted to an old technique for creating sky gradients:
I created a giant blue cylinder around the model, so that the viewpoint could see the inside of the cylinder as a background - as seen in the final artwork shown at the top.

For more about Revit Repeaters, refer to the Repeaters Index page
Posted by RevitCat at 15:38 No comments:


Above is an image of my competition entry for the innovation category of the drawing competition at RTC 2014.
It may not be such a flashy image, but the intent was to show innovation in the use of Revit as a design tool using 100% pure Revit without any Dynamo or API add-ins.

What is in the image?


How was this done?


All of this is clearly described in the handout notes that accompanied my presentations "Pump up the Volume" at RTC 2014 in Australia (Melbourne) and North America (Chicago).  Hopefully I will get time to publish the technique in more detail on this blog in the future.  Alternatively you can download the presentation from the RTC website if you attended either conference;  or wait until they become available on AUGI later this year.


Refer to this post for a link to a youtube video
Posted by RevitCat at 13:29 No comments: