Autodesk have just released Revit 2020.1, which is great news for MEP Revit users.  For the rest of us there are a few goodies (to be dealt with in another post), but there are implications for which version of Dynamo you are using:

The compatibility between different Revit versions and Dynamo versions is quite complex.  Refer to my previous Revit 2020 Dynamo Version posts on this matter.
You can also refer to John Pierson's Sixty Second Revit matrix of compatibility 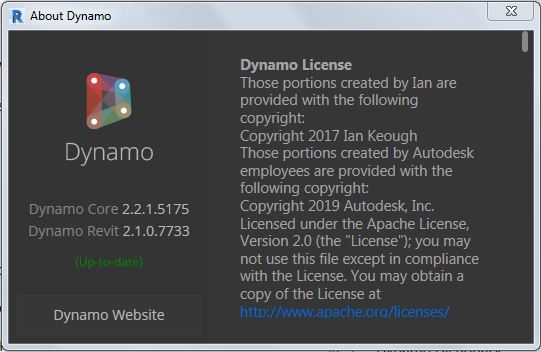 I would have assumed that the moment Dynamo is updated in Revit 2020, it would also be available to install in all previous Revit versions that support it?  In fact you would expect the dynamo version to be available well before it is pushed out in the latest Revit 2020 service pack/upgrade?

I'm not entirely sure?

If you go to the Dynamo BIM downloads site, it lists all the versions available 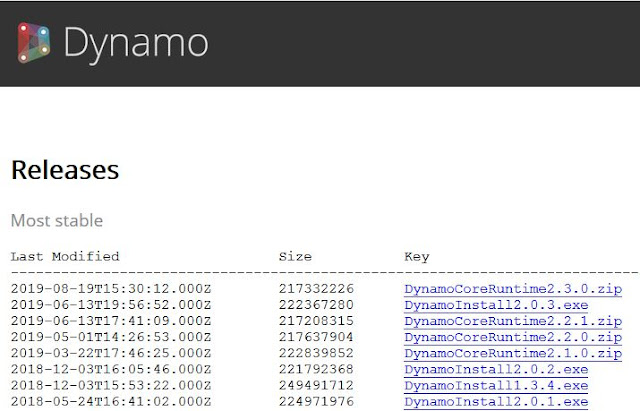 Yes, it lists 2.2.1 - but hang on, that is only the 'DynamoCoreRuntime' version, not the full install, which only seems to be 2.0.3 (which is many months old).  My understanding is that the Core install is  only available for Sandbox (ie. Geeks, not average Revit/Dynamo users), which runs outside the Revit environment - so we can't install that in Revit?

Refer to Dynamo Core 2.2 Release
or A new way to get Dynamo Sandbox, which explains what it is:
What is Dynamo Sandbox?     "Dynamo Sandbox is for package developers and other folks working with Dynamo code who want to stay up to date with the latest and greatest stuff coming out. Sandbox is Dynamo’s “Core” functionality distributed in a way that doesn’t interfere with other Dynamo installations and doesn’t require any other applications (except for a few windows components and some optional extras)."


So, how do we keep all our versions of Revit running with the same version of Dynamo?  Can someone at Autodesk help to explain this, please?

Could the Dynamo folks please have an explanation on the downloads site?  And maybe separate the Sandbox stuff?