To Pin or Unpin? that is the Revit Question

Following on from several recent posts about 'Pinning' elements in Revit, there are a few more subtleties to mention.  There are also some exceptions to the general rule of not being able to edit pinned elements.

Refer to these other posts on Revit Pins:

Once an element has been unpinned, you might think that it could be freely edited - but of course that is not true of 'Chain-Pinned' or type-driven hosted elements such as curtain panels, grids & panels.  there are some tricky rules and exceptions here:

Chain-Pinned elements can only be moved within the constraints of their relationship to the parent element.  For example:

The only Chain-Pinned elements that can be edited after unpinning are curtain panels – using the ‘Edit In-Place’ functionality.  In fact this allows you to do some crazy stuff with panels, which is quite surprising given all the other restrictions that prevent you from creating buildable elements! 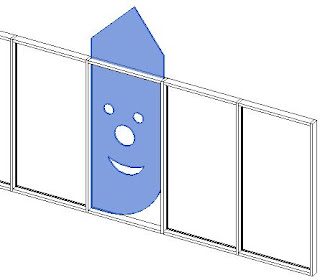 You would think that you cannot edit any pinned elements, but you would be wrong!

Floors (and other sketch based elements)

Pinned floors can be modified (without editing the boundary) – by moving associated walls, depending on how the floor edges were defined:

This means that Wall Associations are stronger than pins in Revit.

Moves With Nearby Walls

An element that has been pinned, and has its property 'Moves With Nearby Elements' ticked will completely ignore the pin and move when a nearby wall moves

Pinned Groups can be edited (without unpinning) - this is not the same behaviour as floor sketches.  However, it is not a bad thing in itself, as it means you can pin all groups all the time.

Instance & Type properties of pinned elements are generally editable - this means that such things as Base level or offset could be changed, thus rendering the 'Pin' less effective than you thought. 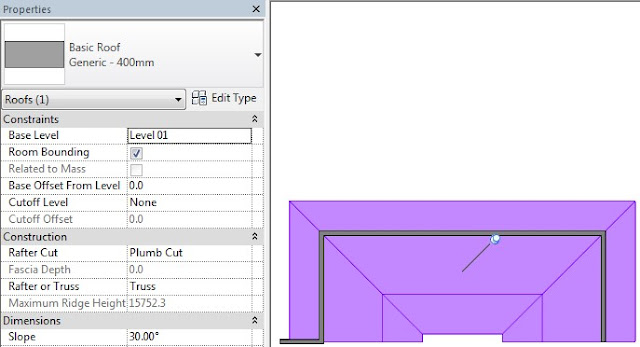 When a datum element (grid, level or reference plane) is pinned, you cannot change its 3D extents - not surprisingly.

When a section line is pinned, you cannot change either its 3D or 2D extents.  In fact it does not display the extents or depth of view in plan when you select it.  This is an immensely frustrating and dangerous inconsistency in Revit.  It really ought to behave just like datums so that you could change its 2D extents, and at least see its depth of view - it is ironic that you can change the depth of view of a pinned section using the properties dialog box.

As soon as you unpin the section, you can adjust 2D, 3D extents and depth of view graphically in plan.  The big danger here is that you might forget to repin the section line, and some other fool may then move or delete your section line (along with all its carefully lined up 2D annotation).

I am sure there are plenty of other examples of pinned elements in Revit that can be edited when you do not expect to be able to do so (or vice versa).
Posted by RevitCat at 09:00