Autodesk recently released Revit 2017.1 - an interim release giving us new features as well as bug fixes.  In the last two years we had similar interim releases: 2015 R2 & 2016 R2; and now we get another change naming .  Like those two releases, what we do not get is a file format change - for which we are very thankful.  It also looks like we have one and only one upgrade file for all flavours of Revit - either just plain Revit or Building design suite - that is a big improvement on previous versions where it became very confusing as to which flavour to download and apply.

Those previous R2 releases were a big deal - they were chock full of small/medium enhancements that made it really worthwhile to upgrade as soon as possible.  In fact they gave a big push to those who had not yet upgraded to the major annual release, and made it worth going through the pain of a file format change.
This year I am not so excited by the interim release enhancement list.  There will be some things that are a big deal to some people but most of the enhancements don't happen to interest me much.  Here are a few comments on some of them - full list over at Inside the Factory:

'Dynamo Player' has an icon on the ribbon that allows users to run scripts without opening Dynamo or knowing where the scripts are saved (providing you set it up correctly for them).  This promises to be extremely useful for all those Dynamo scripts that you have created and have floating around.  Now you should be able to get non-Dynamo users to make use of them very easily - providing your Dynamo scripts are robust of course.  This is the first iteration - it does not handle all situations yet:  scripts that require user input may work, depending on how they have been set up - refer to discussion over at DynamoBIM

It is not clear whether that is just part of the ongoing process of improving Dynamo?  Would you still get the same functionality by just installing the latest version of Dynamo - or have there been some underlying changes to Revit that enable more functionality?

You can now import Rhino and SAT files directly, and assign a category to them, using the 'Import CAD' command.  You could previously import SAT files (not Rhino), but not assign them to a category.  This is available in the project environment or family editor, although many people would not recommend importing any CAD  files directly to a project (better to keep them within a loaded family).

This option is not available with 'Link CAD', although you can link SAT files as previously.
Assigning a category gives you better control than we had previously when importing SAT or DWG files (it does not apply to DWG now).
Choosing a category allows you to:
The first Rhino file that I tried to import using this method failed, where the equivalent SAT file worked well. 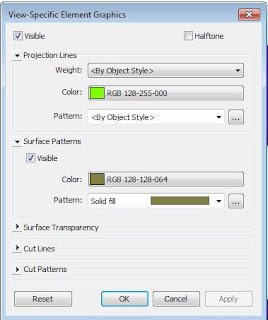 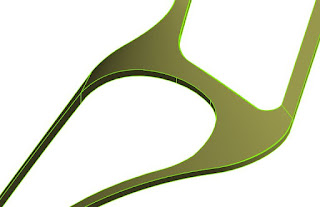 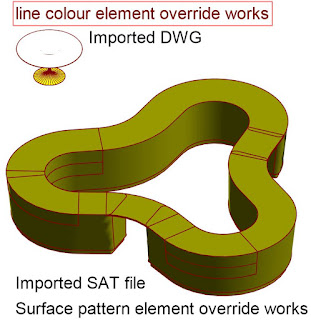 You can now dimension imported Rhino & SAT files directly - providing they have parallel edges or arcs. 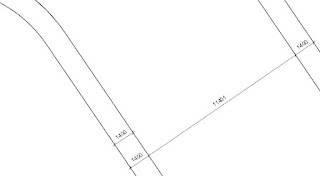 What it does not let you do is:
Both of these would be very useful - let us hope it follows soon with further improvements.

If you use 4K monitors then this will be popular - otherwise it is of little interest to the average user? Something for the future for most people, I guess.

New tool to fix the corruption in a central model and create a new central model - this sounds very useful for those rare occasions when a model gets corrupted.  You might be able to fix it right away instead of sending it to Autodesk.

Add, move, copy, rotate, or align elements in a live 3D perspective view - many people will disagree with me but I think this is a complete waste of development time and energy.  The nature of Revit perspective views is such that they are so hard to navigate in that they are effectively static plotting views.  Until you can move around in perspective like you can in other 3D environments, I can't see why you'd want to actually work in perspective.

Here are two very minor little stair and railing enhancements - neither will revolutionise the way you use the tools but just make your life a little easier.

The Top and Handrail properties can now be accessed directly from within the Railing Type Properties dialog - by clicking on the hidden link button to the right hand side of the property. 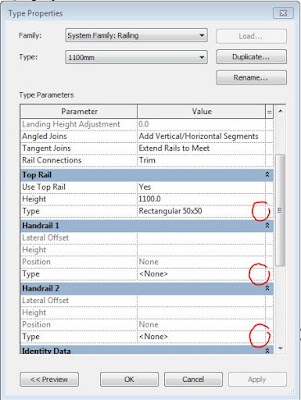 Previously there was a drop-down menu that appeared when you clicked in the 'Top Rail Type' property, which allowed you to choose a predefined Top Rail.  Now there is a link button - not to be confused with the Global Parameter associate buttons that could potentially be in the column to the right (but they are not activated here so the column is blank). 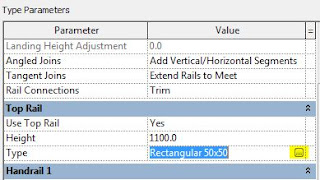 Click on the button and it takes you to another dialog box:  the Top Rail Type properties. 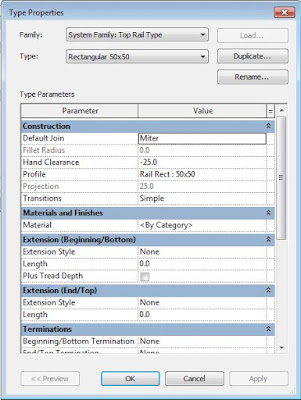 This allows you to either just select a type from the drop-down menu at the top, or else duplicate to create a new type and modify it. 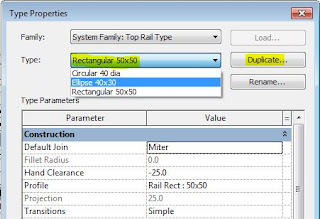 This may confuse users who are not familiar with this UI technique of linking from one type property to another (it does happen elsewhere in Revit, but not in every situation, sadly).  It would have helped to avoid confusion if they had automatically offset the dialog box so that you could see the other one is still behind - you can do this manually yourself. 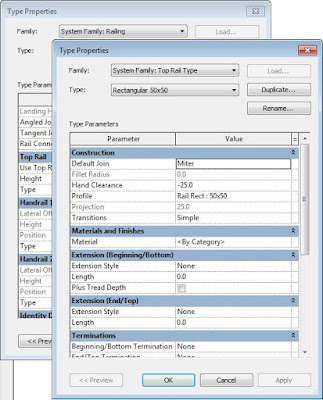 Once you have chosen/changed the Top Rail type properties, click OK and it returns you to the Railing type property dialog.

All this means that you no longer have to go searching in the project browser to chnage or create new Top Rails and Handrail types.  A welcome change, but I would like to see some more significant tidying up of the Rail/Top Rail/Handrail train crash - so that we don't have multiple ways to create these things, and that the workflow is clear and predictable.  Currently the old Rail definition works quite differently from the new Top Rail definition, and the end results are not consistent.  Neither of them is capable of turning a tight corner at a landing!!

"New detailed tooltips include illustrations and helpful hints for stair elements settings and controls" - this is of minimal usefulness in my opinion.  It only works if you have Tooltip Assistance options set to 'High', which most people would disable due to irritating videos that fly out over the ribbon and get stuck there.  So, most people will never even see this new feature. 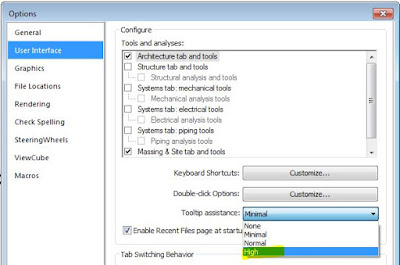 These new tooltips only explain a little about individual properties, not how the whole matrix of properties relate to each other - that is where most people struggle.

I would much rather that the Factory spent time fixing things that affect us daily - like the bug that prevents us copying and pasting stair arrows.

For the full list go to Inside the Factory:

As always, any enhancements are welcome, but you will need to decide if the ones here are compelling enough for you to make the upgrade.  If you are already running v2017, then it is a minimal disruption upgrade, and you might as well go ahead.  If you are still on v2016, holding out for all the goodies in v2017 R2 (.1), then it would only be worth the disruption if you see something here that will dramatically affect your workflow.