How to Indent a Revit Repeater on a Divided Surface

In a recent post by Andy Milburn over on Shades of Grey, he mentioned that it is not possible to indent the edges of a divided surface.  Well, that is absolutely true - Divided surfaces are unlike divided paths, which have an indent setting so that you can push the start or end nodes of the path in from ends of the underlying path. 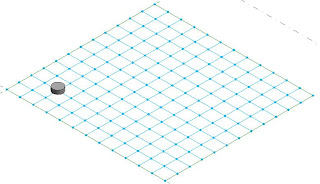 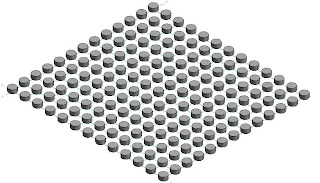 However, in Revit there is usually a way to achieve what you want, so I attempted to find a way to indent the repeater, if not the nodes of a divided surface:

How to Indent a Repeater Pattern

You have to use some tricky thinking, and control where the repeater components will land - and prevent it from placing any part of the extrusion in the adaptive component on the edge nodes.
One way to do this would be to create a four point adaptive component:
Now you need to set out a centre point to host the geometry so that it remains centred whatever the arrangement of placement of points 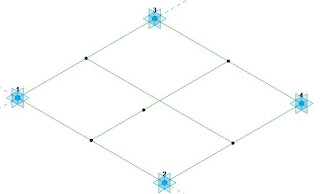 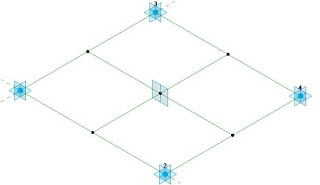 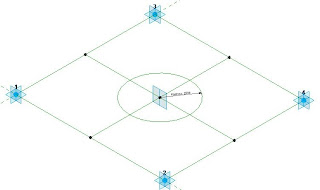 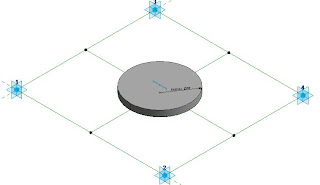 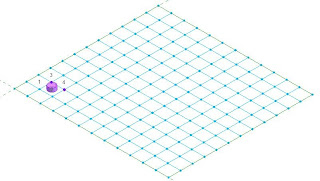 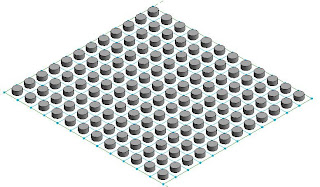 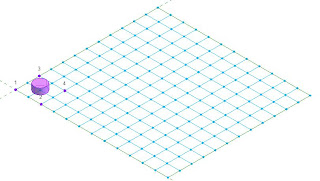 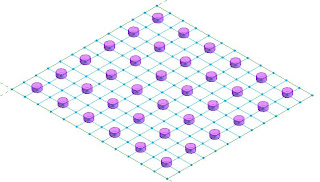 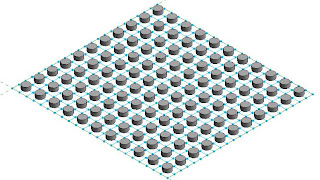 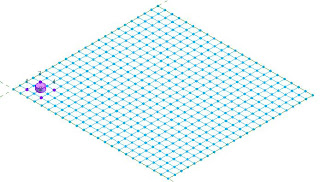 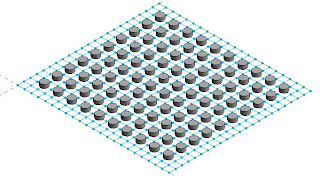 If you want to be really clever, you could go back to the original four point adaptive component and give it some reporting parameters and use them to drive the cylinder size depending on the divided node spacing
Posted by RevitCat at 03:54