Last year I did an analysis of how much space Revit takes up during the download and install process for the latest version (2020.
Here follows an update for some of the changes in v2021:

The download file size is much the same as last year 15.7Gb - all sorts of useless stuff along with the small amount that I actually need for Revit itself!
The download/extraction process still needs 45Gb+ of free space on your hard disk - a challenge for me with a SSD of only 208Gb.   I forgot to read my notes from last year - the extraction process failed again as it needed just a bit more than 29Gb I had free after the download (15.7 + 29 = 44.7Gb total free).

Having completed the extraction process (by double clicking on the first downloaded file), it gave me an error message saying that it could not proceed with the install.  Well, that was fortunate because I don't want it to go straight from Extraction to Install - I see those as separate processes anyway.
The first step is to move the 7 downloaded files to safe place - off your hard disk to free up 15.7 Gb.  It is curious that the extracted files are also 15.7Gb - why are the downloads not in a compressed format? 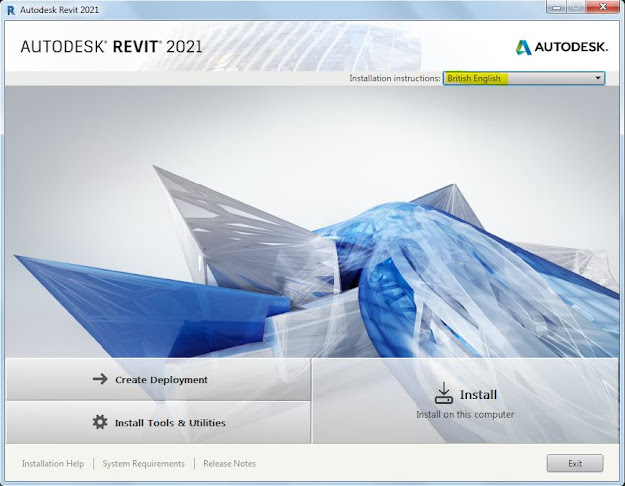 Once the install process starts, it seems the same as previous years but there are some subtle differences:

The release notes make no mention whatsoever about the changes to the default installation of content - you either have to refer to Dan Stine's AEC Bytes article to find this, or dig deep in the Autodesk help file to find notes on the significant change to content installation.

After choosing British English as the language (and it knows my location as Australia), you might expect the installer to know what content you might be interested in - but no, the default is for US Base Families. 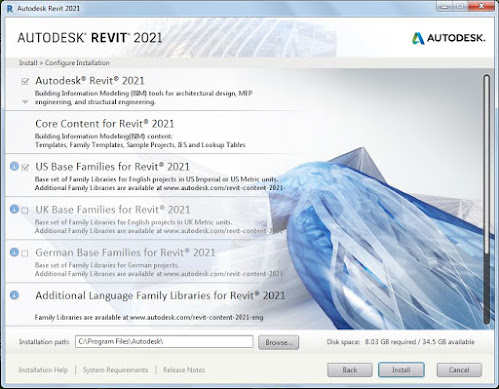 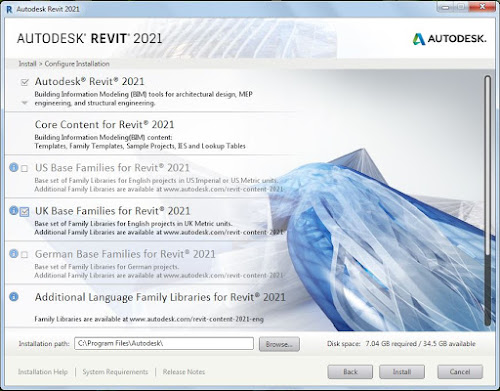 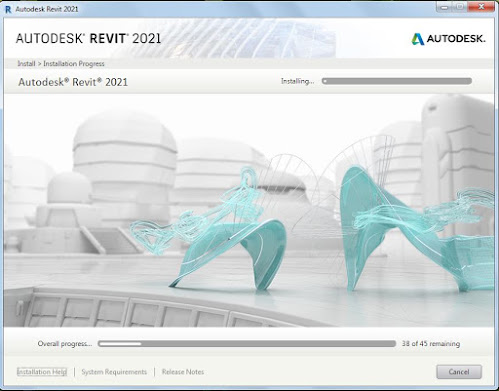 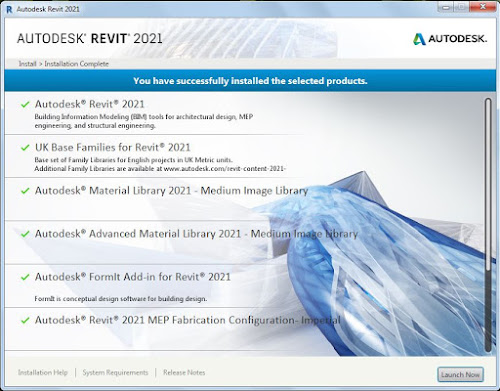 After installation there will be a huge amount of Autodesk "space junk" on your hard disk.  Most of this can be removed but this will be entirely at your own risk - it is advisable to make sure you have backups somewhere in case the files turn out to be required.
The install consumed over twice the 7.05Gb that it told me was required.

Here are some of the files that I found, which looked superfluous to me: 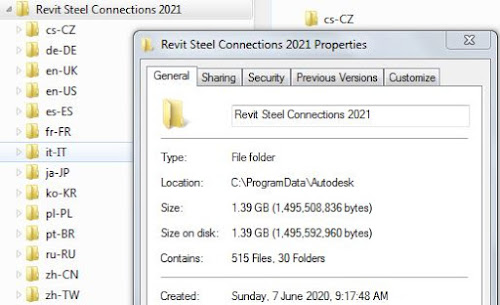 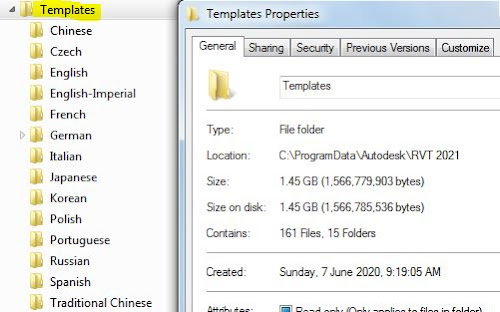 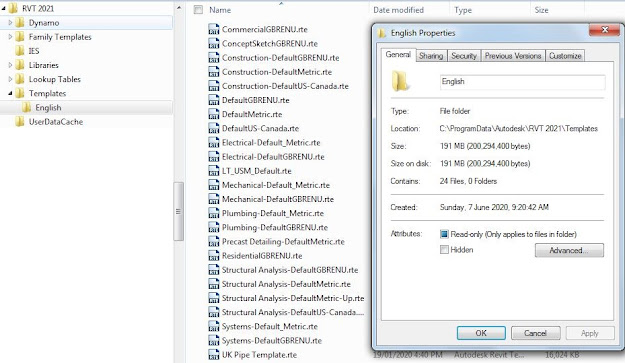 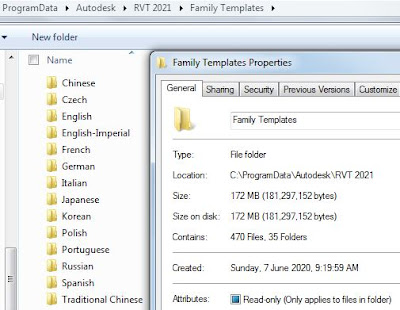 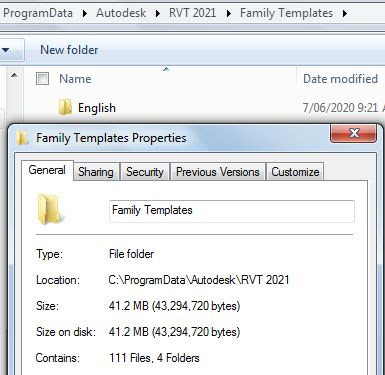 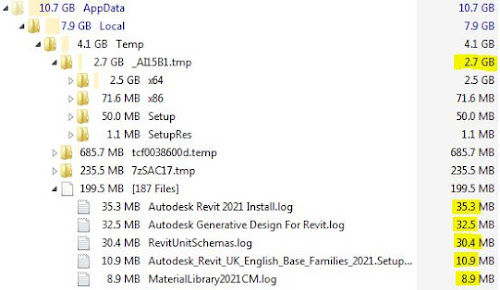 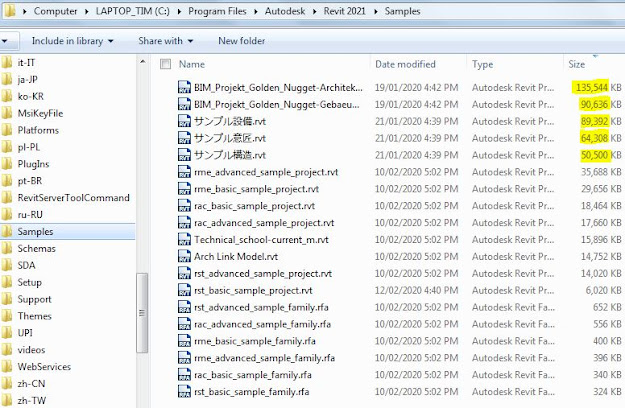 This starts getting risky as you might accidentally delete something vital, but in the Program Files Revit 2021 folder there are another 420Mb of country-specific folders full of dlls 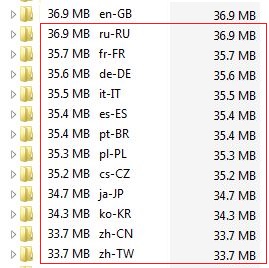 There is probably more space junk in there that you could remove, but it all takes time so I think I've reached the law of diminishing returns point - until the next time I want to install some Autodesk software!  Then I will need vast amounts of spare disk space again.
I don't think the writers of the installation software have any conception of the real world out there - they don't understand that taking the easy option for them is really annoying for end-users and BIM Managers.  It also wastes a huge amount of time for those of us who don't have endless disk capacity and actually want to minimise the amount of junk on our computers.
Next time - some of the interesting new features of Revit 2021 . . .  . .
Posted by RevitCat at 09:00