I recently installed Revit 2020, and the incorporated Dynamo install has changed significantly to previous years. 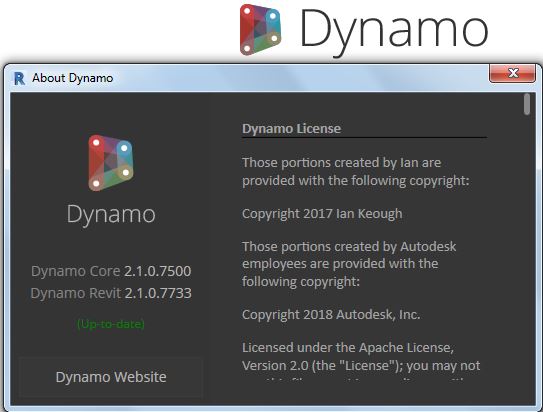 On the Autodesk Blog and Youtube channel are a whole bunch of videos about new features - this included one about Dynamo, entitled "Integrated Dynamo Revit 2.1 into the Revit 2020 release".

As of  15 April (USA) or 16 April (Australia), the video has been removed - I believe that is because its description about supporting Dynamo across multiple versions of Revit is a little confusing.

What the original Autodesk release Video  said is:
The last two item are the contentious and confusing ones, and hopefully will be clarified in the near future.  The implication was that you would have to upgrade all of your graphs to Dynamo 2.1 to run under Revit 2020 - hopefully this is not the case.

Whatever the outcome, this is a big change to how Dynamo upgrades are managed.  In the past it was very difficult for users to manage the different versions on different Revit versions - let us hope that this will greatly simplify the process in the future.  I think this will be a really good improvement to the install/upgrade process for Dynamo.

No doubt we will still have an overlap period of a few years while we switch to the new system, where we need to keep an eye on which Dynamo version is supported by which Revit.

John Pierson has created a very useful chart to keep track of this, over on his Sixty Second Revit blog.

What it may mean is:

I have just heard some news that Autodesk subscription licences on networks will stop supporting Revit 2016 within the next month - ie. Revit 2016 will stop working on floating licences, even if you do not upgrade to Revit 2020.  This needs to be confirmed, but if it is true, then Dynamo support on Revit 2016 becomes immaterial!