I arrived home a week ago after attending the inaugural Asian Revit Technology Conference (RTC) in Singapore - another great success from the RTC Events team.  Attended by over 200 people from 23 countries - many from Singapore.  The conference was held in the Equarius Hotel on Sentosa Island, which has been turned into a giant resort island - a big change from when I last visited. Then it was a remote jungly part of Singapore only accessible by cable-car.  Singapore was very hazy - shrouded in smoke drifting across from forest fires in Sumatra (probably deliberately lit to clear land for palm oil plantations).  It made outdoor photography difficult, but it didn't hold the conference proceedings back, as the typically over-cooled air-conditioning took care of that.  I attended several very interesting sessions, and as always I learnt new things about Revit.

The Friday evening function was held at Tanjong beach, and inevitably a number of RTC committee members ended up in the swimming pool by the end of the evening.
The gala dinner was held at the Park Royal Hotel, designed by WOHA - a very interesting 'open' design that incorporates a large amount of greenery at various levels of the building (more than the site area). 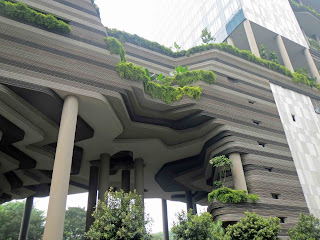 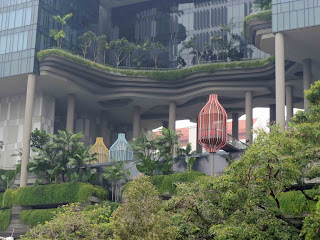 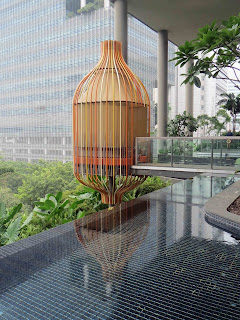 There was a fabulous spiral stair leading from the lobby up to the function areas - 50 steps in one run, without a single landing.  Not sure how they were allowed to do that? 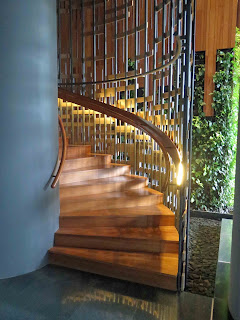 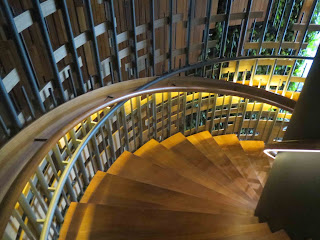 But at least they had handrails, unlike one spiral stair I saw in Sri Lanka the previous week - perhaps they were so frustrated by trying to model Revit railings they just left them off?  Not much fun if you are scared of heights!