I have just downloaded and installed Revit 2017 - so I thought other people might like to know some of what is different to previous years, as there appear to be quite a few changes.
For a different experience, refer to  install v2017 from physical media (DVD) 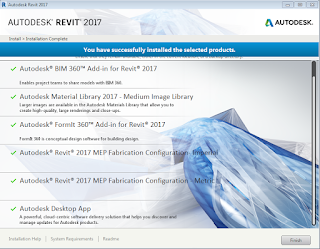 During the install process I had two problems where my anti-virus program took exception to something being installed, and would not allow them - so I skipped them: 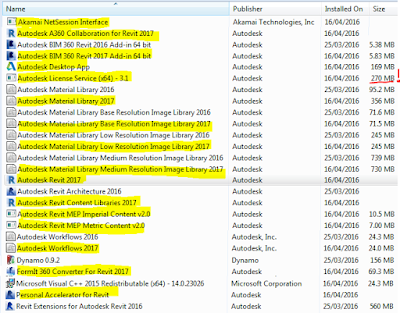 Autodesk License Service - 270Mb !! looks like more bloatware, but I suspect I won't be able to get away with uninstalling that one.

There seems to be a lot of extra stuff installed this year - here is some more, related to different language versions.  I suspect that 'Revit' comes in a multi-language install whereas Building Design Suite allows you to choose the language (as did Revit Architecture in previous years).  The extra language family templates give me 270Mb of installed stuff that I don't need. 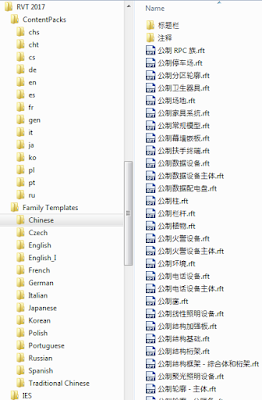 It is curious that each language has a different number of templates.  English Imperial has 82 rft files, while English Metric only has 73.  Some other languages had even fewer.  I noticed that the following seem to be missing from the Metric templates (for Australia at any rate):
So none of those are particularly useful to architects (not true!).  Perhaps I'll use the Chinese or Czech templates for all my casework and doors?

[Edit]
In the Public Folders is a new Autodesk folder, with MEP fabrication 'stuff' 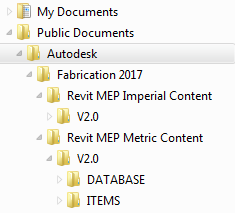 Oh, and here is another 40Mb of stuff I don't want (unless I get a project in Europe or Asia) - in a new 'Generic' folder under Project Templates 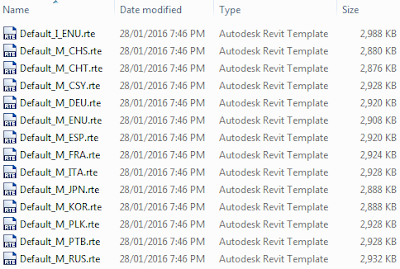 My last task will be to make a backup of the install files so i don't have to download them again.  And that looks different too.  There seem to be two different folders, with lots more language packs that I don't need. 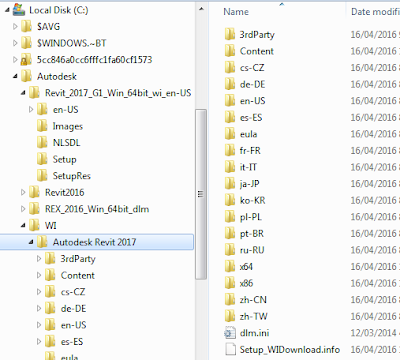 [Edit] It would have been nice if they were all contained in one folder, or else the 'WI' folder had '2017' in its name so that I can identify it later.
[Edit again:  I later tried to reuse these downloaded install files on another computer, and they did not work]

This process  was not much better or worse than previous years - just different problems!  There seems to be a lot more bloatware now that Architecture/MEP/Structure have been bundled together again.  There also seems to be a lot of sloppy work with things like languages and templates.  I have not looked at the libraries yet - I hope they are complete.  I will not be putting v2017 into production work for a while yet - I only installed it so I can use it for preparing my RTC presentations, which should be a good test-bed, and allow me to try out the new features.
[Edit:  I have since managed to order a physical copy, and done a second installation from that - the experience was dramatically better than the download install, even though I had to pay again for the software that I had already paid for.  Refer to  install v2017 from physical media (DVD)]