The great temples at Chichen Itza (Mexico) were built well over a thousand years ago.  The Mayan/Toltec architects and engineers who designed them created some grand staircases.  They didn't have the same building regulations and OH&S concerns that we have today, so their concepts of railings and balustrades was a bit different.  However, they did love to put grand terminations at the base of their balustrades - in this case, representations of Kukulkan, the feathered serpent deity:

Of course they didn't use CAD, let alone BIM to help them design the stairs - they were brilliant mathematicians, who probably worked it all out in their heads.  The angles of the stairs were not designed to make it easy to climb up or down them - it was more about astronomical significance and perfect acoustics so that massed crowds at the base could hear the leaders speaking from the top of the stairs.  The Toltecs also practised human sacrifice of a rather gruesome nature.

At around the same time on the other side of the world, another culture was also creating impressive architecture with similarly steep staircases - at Angkor Wat in the Khmer Empire (now Cambodia).  They went in for some pretty substantial stone railings, with elaborate terminations in the form of seven-headed serpents (Nagas).

What has all this to do with Revit?  Well, in version 2013 a new feature was added to the railing functionality:  Top/Hand rail 'terminations'.  The developers probably did not have in mind representations of serpents heads - but there are plenty of modern day uses.

First a quick description of how to create rail terminations in Revit, as it is very convoluted.
Step 1 - Termination Family 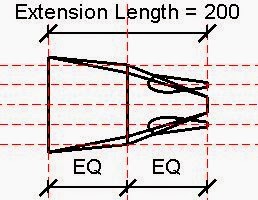 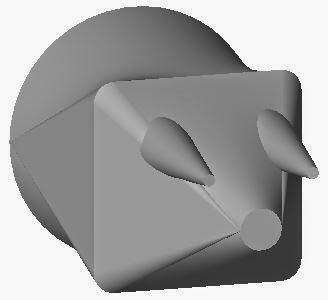 Step 2 - Adding a termination to a Railing 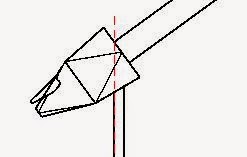 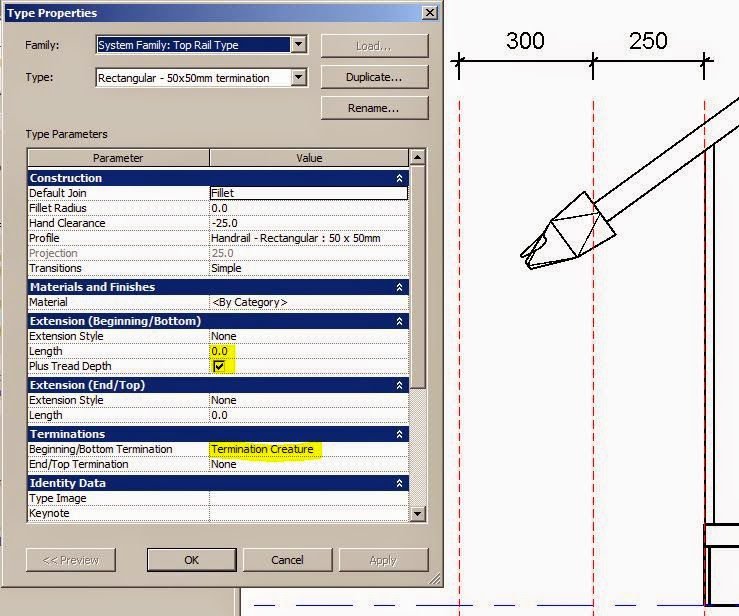 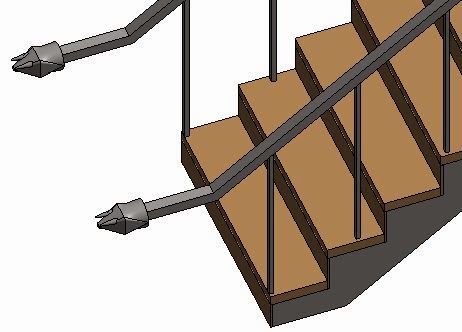 Within the family editor,  you have typical controls as expected: 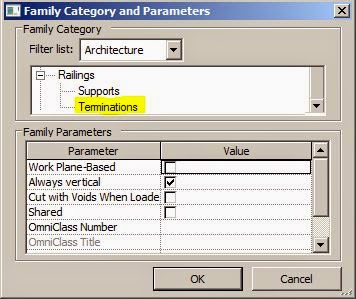 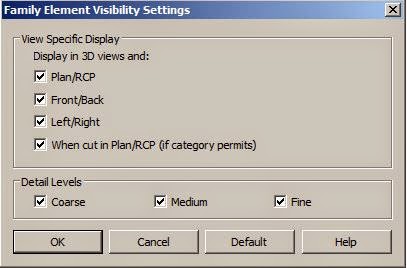 The problems start once you get into the project environment:

This is a bug that has been in the software since Terminations were introduced in v2013.  It has been reported to Autodesk by various people and documented elsewhere (18 months ago).  There are several references to this in various forums, but they remain unanswered by Autodesk.

The upshot of this bug is that Terminations are effectively useless to us if we want to document anything in plan.  The industry has not yet achieved the goal of supplying 3D models for final information to contractors, so we still rely on 2d documentation.
There is another bug to do with extensions and terminations in combination, which does not help matters either.
It is technically possible to use newel posts (balusters) to achieve this end, but they have all sorts of other issues - not the least of which is the difficulty of keeping them on the end of the rail, at the correct angle.

What would the ancients have done?  Well, they probably managed to build their serpent terminations without 2D plans, but they would not have been impressed by the lack of attention to detail shown by modern day software developers.  The Mayans and Khmers might have let them off with just a severe scolding.  But I'm not so sure about the Toltecs?  Did I mention that they introduced human sacrifice?

Antonio Gaudi probably would not have been very impressed either.