In my previous post I described the properties for "Top Rails" in the new railing types.  Now it is time to show some of the weird differences between old and new horizontal rails.

The Revit help describes the "Transition" property as:
Specifies the type of transition used in the handrail or top rail.
What the help file does not explain is the subtle differences between these 3 options and the traditional rail transition (over which we have no control).  Nor does it explain how we further manage these transitions.
Here are some examples of what transitions you get on a half landing where the railing turns through 180 degrees on the inside.  In this example the top riser of the lower run aligns with the first riser of the upper run (not good design but common enough in tight fire-escape stairs):

Old Style railing (with the rail set to represent the handrail but with no balusters, for clarity).  Note that the rail actually breaks with vertical cuts.  No options for transition. 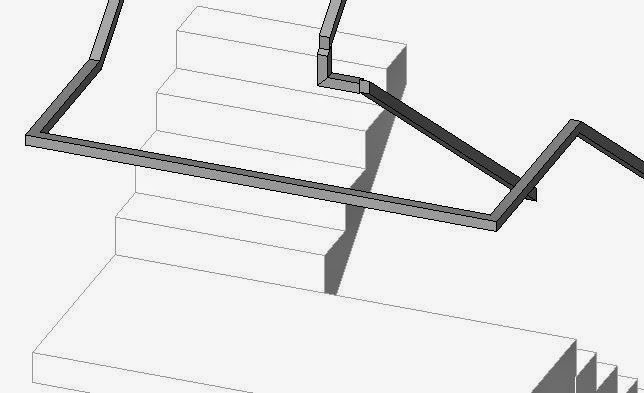 Top rail only - None Transition.  Revit does a slightly better job with the joins for the upper run, but still fails on the top of the lower run (but the cut is in a different location to old style railings).  However, it gives a warning message, saying that the rail is not continuous. 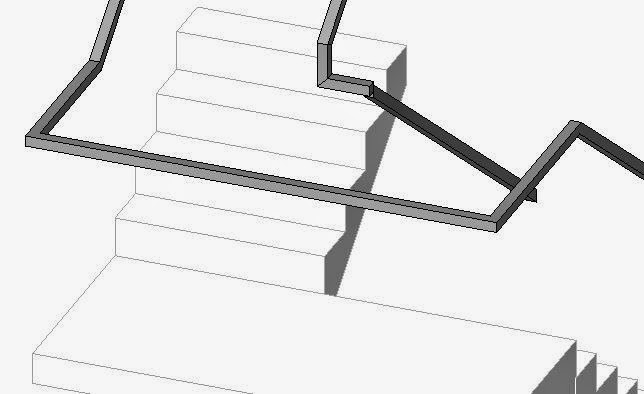 Top rail only - GooseneckTransition.  Would you show a railing like this to your builder?  No!  The Revit help file shows a 90 degree corner where it looks marginally less ridiculous 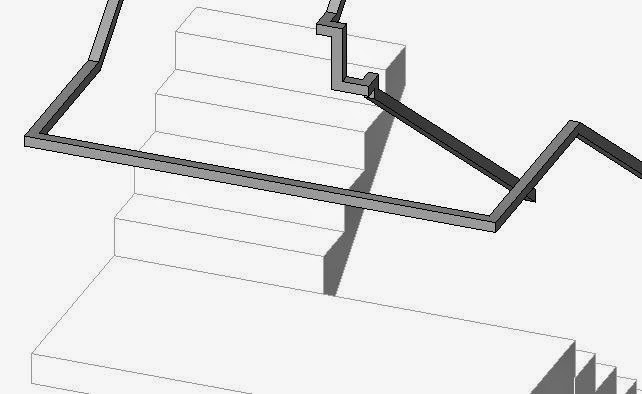 Top rail only - Simple Transition.  This looks exactly the same as the None transition, but does not give a warning message - so this is probably the better option to go with. 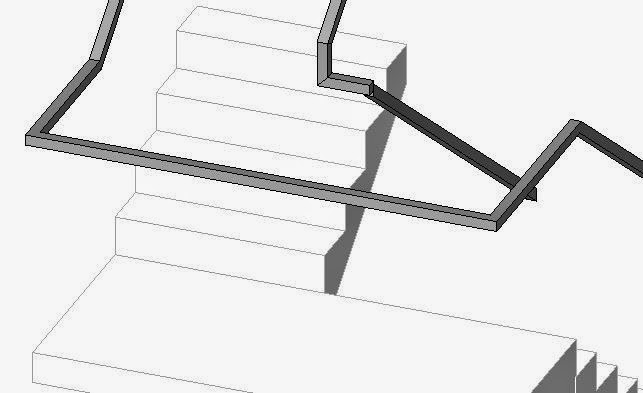 Old Style railing with the a one tread stagger in the riser alignments - better design but Revit still cannot handle it even if a builder could. 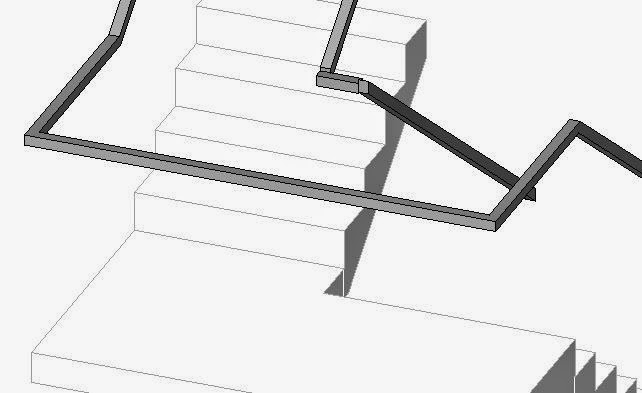 Here are the four options at larger scale with a one tread stagger of the risers on the landing:

If you add both the old style rail and the new top rail at the same height, Revit does not give any error messages - it will create both occupying the same space, but with different transitions.  This won't show in plan but looks messy in 3D (even more so if you made the transition a gooseneck.


This differentiation is further complicated by the plan offsets of the rail relative to the stair edge.  All the above examples were done with the centreline of the rail being coincident with the stair edge (where the railing sketch line goes by default). 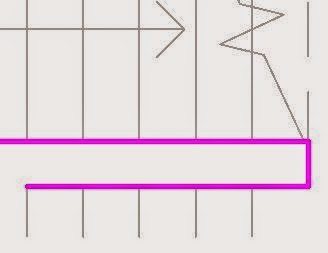 If you change the plan offset so that the railing sits over the actual stair treads (and landing), you would expect the railing transition to work better as it has a little more length to make the turn in (half a railing width). 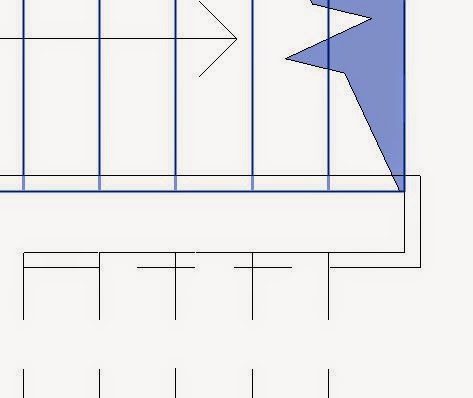 Sometimes it works better, and sometimes not. . . . .
(NB.  In order to make that horizontal offset, it is somewhat confusing - see below **).

The old style railing behaves somewhat better when you offset the railing - it gets the upper transition right but still can't cope with the lower transition even though it is plainly "buildable" in real life:
The new Top Rail option finally works in 3D when you offset the top rail by half a rail width (for None and Simple transitions).
Aaaargh!  When you do that it gives the Non-Continuous rail warning message.  You had better check your plan view to see what it has done - yes, it breaks it in plan to give a totally unacceptable representation.
The gooseneck transition works fine in plan, but is crazy in 3D - unacceptable again. 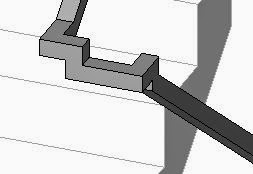 So it looks like we are snookered!  None of the options work effectively in both plan and 3D.  There will be more on this in a future post - perhaps a solution?  There is also much more to know about weird railing behaviour in Revit . . . . (to be continued)

How to change the rail horizontal offset

Warning: the next section will give you a headache.

**  To change the plan offset of a rail is confusing:  There is an instance property for each railing, but using instance properties for such global changes is a nightmare for inconsistency.

Not only is it unwise to use the "Tread/Stringer Offset" instance property, but it has a default value of 25.4mm (which is a nasty one inch in imperial units) - a value that you cannot pre-set, so you always get 25.4, which really should be set to zero for consistency.
There are three type properties you could use:
For the old style railings, you have to go into the Rail Structure settings and find an Offset property for each rail.  This is fairly logical (albeit hidden away) and it allows different offsets for each rail.

For the new style Top Rails, you can change the "Baluster Offset" which also moves the top rails along with balusters.  NB. this setting has absolutely no effect on old style rails.

In addition to this setting, there is also a "Hand Clearance" type property belonging to the Top Rail type , which cannot be accessed from the Railings type dialog box - you have to find it in your project browser.  This value will offset your top rail sideways, and it will change the "Projection" property (clearance plus handrail size) - so for a top rail on a stairwell it could be zero or -25mm to make it centred on the sketch line;  for a wall mounted handrail it could be about 50mm  but you would be better off using "Handrails" for that purpose, which have their own hand clearance property - it would be easier for users to understand if the two sub-categories are kept for two distinct purposes.

Headache yet?  No, well in that case you need to be a juggler, and keep those 4 horizontal offset properties coordinated for every railing situation you have - and you might just make it as a Revit model manager, or even a BIM manager.